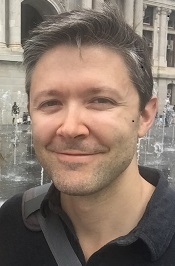 Andrew J. Coe is an Assistant Professor in the Department of Political Science at Vanderbilt University and he also serves as Director of the ROCCA Lab. Professor Coe received his Ph.D. in political science from Harvard University.

His work is devoted to understanding the causes and consequences of violent conflict in human civilization.  His research involves the development and analysis of game-theoretic models of various aspects of conflict, often drawing on the principles of economic theory and his experience working for the U.S. government on national security policy.  Professor Coe has taught a variety of courses, whose subject matter ranges across psychology, economics, political science, policy analysis, and a bit of evolutionary biology. Before becoming a professor, he was a fellow at the Council on Foreign Relations and worked for the Institute for Defense Analyses.

Professor Coe has three ongoing research projects. The first seeks to assemble existing data on different foreign policy tools states use to wage their disputes—such as imposing sanctions, competing in arms races, and using force—into a unified database in order to understand how states choose among these tools and which states engage in the most conflictual behavior overall. The second focuses on understanding how other countries react to a state being suspected of pursuing nuclear weapons, from preventive attacks, to individual deals to stop nuclear weapons programs, to strengthening the nonproliferation regime. The third project investigates whether terrorism works, not from the perspective of the terrorists themselves, but from that of the civilians or foreign governments that support a terrorist organization.

To find out more about Professor Coe, you can find his website here. 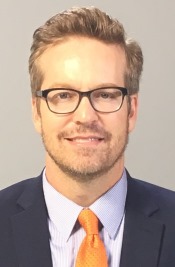 Brad V. Benson is an Associate Professor in the Department of Political Science and the Asian Studies Program at Vanderbilt University. He received his Ph.D. in political science from Duke University. Before coming to Vanderbilt, Professor Benson was a postdoctoral fellow at Princeton University in the Program for Quantitative and Analytical Political Science in 2010-2011. He was also a POSCO Visiting Fellow in residence at the East-West Center in Honolulu, HI in 2010.

Professor Benson’s research interests lie in the areas of international relations and Chinese politics and East Asian relations. He has worked on military alliances and interstate conflict and is  the author of Constructing International Security: Alliances, Deterrence, and Moral Hazard (Cambridge University Press, 2012).

His current research focuses on the role of weapons systems in international politics.  In particular, Professor Benson studies nuclear weapons and strategies countries use to reduce proliferation, the relationship between the sale of conventional weapons and military alliances, and the effects of small arms markets on intrastate conflicts.

To find out more about Professor Benson, you can find his website here. 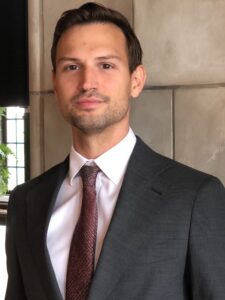 Peter Bils is an Assistant Professor in the Departments of Political Science and Economics at Vanderbilt University. He received his Ph.D. in political science from the University of Rochester.

His research analyzes game-theoretic models of bargaining in international conflict. This work underscores the importance of state preferences for understanding international and civil conflict. Ongoing work examines how differences in goals can affect communication and cooperation between states.

More broadly, he studies how political institutions shape incentives.  In particular, he is interested in how to design institutions to improve policy outcomes. This work covers a number of topics, including international relations, bureaucratic politics, and elections.

To find out more about Professor Bils, you can find his website here. 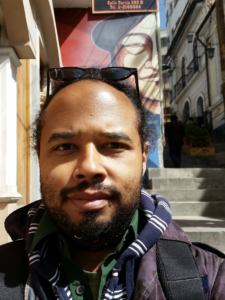 Carwil Bjork-James is an Assistant Professor in the Department of Anthropology at Vanderbilt University. He received his Ph.D. in cultural anthropology from City University of New York in 2013. His research agenda examines how subordinate social groups, particularly the urban poor and indigenous peoples, organize their own spaces and assertively use public spaces. It pursues a spatially aware ethnographic approach, interested in the practical and symbolic significance of urban places and indigenous territories, as well as a careful examination of the practices of social movements in sustained conflicts. Some broader issues of interest in his research are evolving ideas of collective rights (including the right to strike, and the rights of peasants and indigenous peoples), strategic and tactical questions in collective mass action, and the role of urban space in reproducing and challenging racial and state power.

To find out more about Professor Bjork-James, you can find his website here. 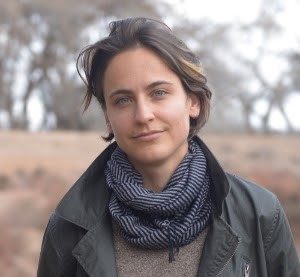 Cassy Dorff is an Assistant Professor in the Department of Political Science and a faculty affiliate of the Data Science Institute at Vanderbilt University. She received her Ph.D. in political science from Duke University.

Professor Dorff’s research uncovers patterns of how people engage with and respond to political conflict. Her work analyzes how networks and interdependence shape individual and group-level behaviors during and after episodes of violence. Current projects focus on civilian victimization, journalism in conflict zones, network analysis of conflict, and conflict prediction and forecasting using event data.

To find out more about Professor Dorff, you can find her website here. Professor Gheorghe’s research investigates the causes and consequences of nuclear proliferation, with particular emphasis on the evolution of nuclear trade (licit and illicit), questions of grand strategy and nuclear alliances, and contagion effects in nuclear behavior. Her research at ROCCA includes a joint project with Professors Andrew Coe and Bradley Smith examining the effectiveness of the nonproliferation regime, a second project focusing on strategies of extended nuclear deterrence, and a third project studying the interaction of supply and demand in the nuclear market.

To find out more about Professor Gheorghe, you can find her website here. 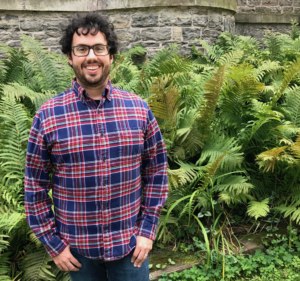 Brenton Kenkel is an Assistant Professor in the Department of Political Science at Vanderbilt University. He received his Ph.D. in political science from the University of Rochester.

Most of his ongoing research focuses on two questions. First, how do states gain and maintain power in the face of internal and external challenges? Professor Kenkel is particularly interested in the economic sources of power and the strategic interactions that take place when there are multiple challengers for authority. The second research question he focuses on is: under what circumstances can states credibly exchange information through diplomacy?

To find out more about Professor Kenkel and his research, you can find his website here. 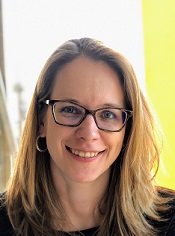 Jennifer M. Larson is an Associate Professor in the Department of Political Science at Vanderbilt University. She received her Ph.D. in political science from Harvard University.

In Professor Larson’s theoretical research, she combines network analysis and game theory to identify how the arrangement of ties in a network affects group outcomes like self-governance in fledgling towns, cooperation among neighboring ethnic groups, and the formation of viable rebel groups.  In her empirical research, Professor Larson aims to establish foundational details about real-world networks, such as the structure and consequences of ethnic networks, the nature of networks among protesters, and the correspondence between online and offline social networks. In her methodological research, she determines best practices for networks research design and sampling procedures for the further empirical study of networks of consequence to political science.

To find out more about Professor Larson, you can find her website here. 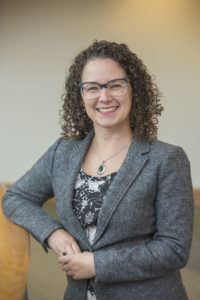 Emily Hencken Ritter is an Associate Professor and the Director of Graduate Studies in the Department of Political Science at Vanderbilt University. She received her Ph.D. in political science from Emory University.

Professor Ritter’s research centers on the effects of international legal institutions on the strategic relationship between government repression and dissent activities, with particular attention to the methodological implications for causal inference that stem from strategic conflict behavior. Different projects contribute to scholarship on international human rights institutions, law, and practice; domestic conflict between national governments and groups from the population; international governance and legal institutions; institutional solutions to bargaining and cooperation problems, and political methodology. Game theory and quantitative statistical analysis are the primary methods she uses to approach inference.

To find out more about Professor Ritter, you can find her website here. 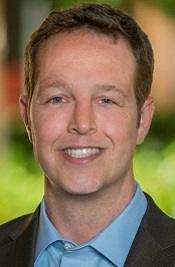 Before starting at Vanderbilt, Professor Schram worked as a research specialist for UCSD’s Cross-Domain Deterrence project, where he adapted existing and developing new game theory models of deterrence and grey zone conflict.

As a ROCCA faculty member, Professor Schram’s research uses empirical and microeconomic methods to study counterinsurgency, economic development, and grey zone conflict. His research focuses on three central questions: Why do individuals support militant groups? How do insurgent groups organize and operate? And how do features of the global community and technology influence the characteristics of conflict? He also teaches both undergraduates and graduate students with a focus on terrorism, intrastate conflict, and statistics for Political Science research.

To find out more about Professor Schram, you can find his website here. 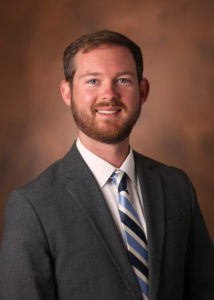 Brad Smith is an Assistant Professor in the Department of Political Science at Vanderbilt University. He received his Ph.D. in political science from the University of Rochester.

His main research project analyzes the role of multilateralism in international conflict processes. In particular, Professor Smith is interested in how states manage the dual problem posed by multilateral conflict: managing interactions with both enemies and allies, with incentives in one sphere influencing those in the other. Additionally, he is involved in a number of ongoing projects studying nuclear proliferation, the influence of leaders on international politics, and crisis diplomacy.

To find out more about Professor Smith, you can find his website here.