Vertebrate embryos form from initially symmetric fertilized eggs as a result of progressively more complex interactions between differently programmed groups of daughter cells that arise from the cleavage of the zygote. We are studying secreted intercellular signaling molecules or transcription factors that dictate cell fates in different parts of the embryo.  These include the TGFβ-superfamily members nodal and BMP4 (and their transmembrane kinase receptors), and homeodomain-containing transcription factors, which are expressed according to the type of extracellular signals received by a cell.  Our main model systems are the frog and mouse.  Frog embryos can be microinjected with plasmids, mRNA, proteins and antibodies, and the large number of embryos available allows biochemical studies.  In contrast, the mouse allows genetic analysis of function.  We can transgenically misexpress proteins, or genes can be inactivated or mutated by gene recombination in ES cells. The latter can be done globally, or tissue-specifically, by inactivation techniques that can be targeted to chosen tissues and switched on/off as required. 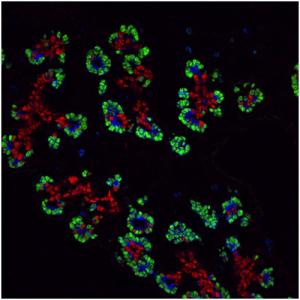 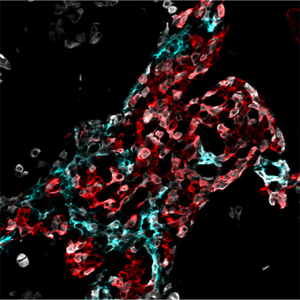 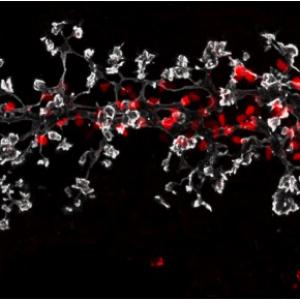 Proof of the power of these strategies comes from our finding that inactivating the pdx-1 homeobox gene completely prevents the formation of the pancreas; similar defects have been found in newborn humans with pdx-1 mutations. 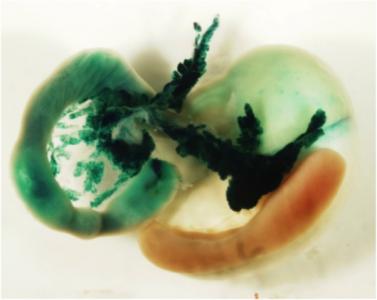 Furthermore, PDX-1 is probably an essential transcriptional regulator of the insulin gene, and/or other genes involved in cell function in the Islets of Langerhans of the adult pancreas.  We are determining the cis-elements activating pdx-1 in the embryonic pancreas and adult endocrine cells, studying endocrine/exocrine lineage pathways, and determining the precise role of pdx-1 and other transcriptional regulators such as the bHLH factor Ptf1a in pancreas formation, function and insulin expression.  We are specifically interested in identifying pancreatic stem cells and finding ways to convert embryonic or adult stem cells (which may come from the bone marrow, nervous system, or from within the pancreas itself) into pancreatic tissue, ultimately for transplantation therapy of diabetes. We have recently found evidence that the expression of Ptf1a dictates an organ choice of endodermal stem cells between duodenal and pancreatic fates.  These studies involved inactivating Ptf1a in mouse, together with lineage tracing techniques for following cells after inactivation.

Different vertebrates have variable numbers of nodal-related genes, which encode intercellular signaling molecules that induce profound alterations in cell fate or behaviors such as migration.  A particularly exciting discovery made a few years ago was that a frog nodal-related gene, Xnr-1, is expressed only on the embryo’s left side, where it acts to specify a “left-right” asymmetry involved in the formation of the stereotypical and required internal asymmetric anatomy of the heart, vascular system, and viscera.  We are mapping the cis-acting sequences controlling Xnr-1 expression to characterize the factors activating its expression in these fascinating patterns, and investigating the extracellular regulation of this cell-cell signaling molecule.  In addition, our finding that the classical zebrafish mutant, cyclops, corresponds to a lesion in a nodal-related gene has introduced new concepts regarding the timing and players involved in establishing precursors of the floor plate, an organizing tissue located ventrally in the neural tube that is required for normal CNS patterning. 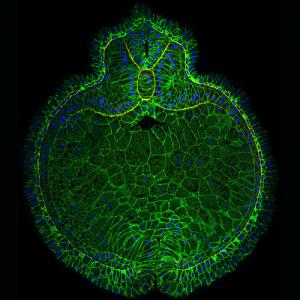 Our long-term goal is to provide insight into the molecular mechanisms responsible for the coordinated development of complex organ systems, with deep relevance to human congenital birth defects.