More is known about the cellular architecture and development of C. elegans than of any other metazoan. For example, the lineal origin and morphology of all 959 somatic cells are fully established. In addition, a wiring diagram traces every synapse among the 302 neurons in the worm nervous system. Although the genome is completely sequenced and all active genes have been defined by direct transcript analysis, we lack a gene expression map that matches the single cell resolution of the C. elegans anatomy. Over a period of several years, the Miller Lab has worked to develop cell-specific profiling methods that can be used to meet this goal. Initially, we helped develop a robust method for culturing C. elegans embryonic 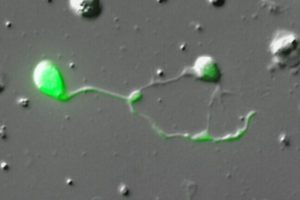 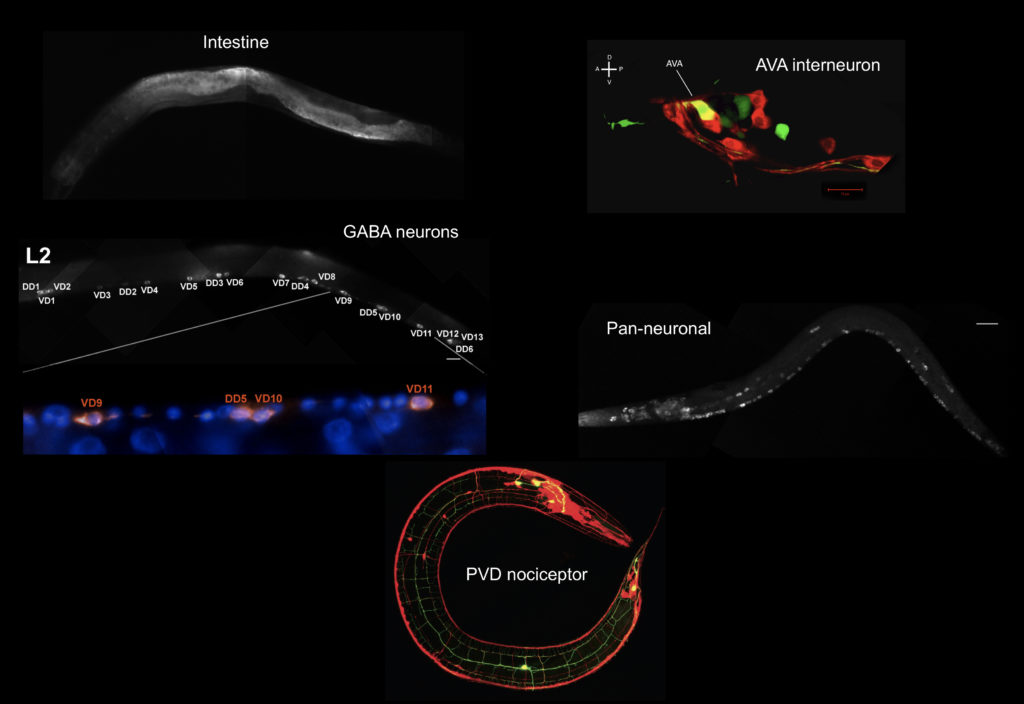 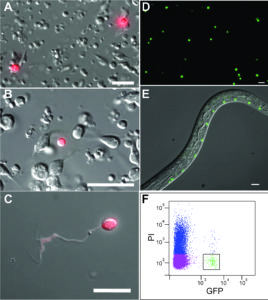 The Miller lab is now collaborating with investigators at Columbia (Oliver Hobert) and Yale (Marc Hammarlund, Nenad Sestan) in a five year NINDS-funded project (2017 – 2022) to produce  a gene expression profile of every neuron type in the C. elegans nervous system (CeNGEN). The over-arching goal of this project is to produce a gene expression map the matches the single cell resolution of the anatomy and wiring diagram of the C. elegans nervous system (Hammarlund et al., 2018). We have recently achieved this goal by using single cell RNA sequencing to capture the gene expression signature of each of the 118 types of known neurons in the C. elegans nervous system (Taylor et al., 2021).  We exploited these data in downstream computational strategies to identify gene regulatory sequence motifs and cell adhesion proteins correlated with neuron placement and connectivity in the nerve ring.  All of the CeNGEN gene expression data can be interrogated at our website, CeNGENApp.

CeNGEN is also striving to produce whole transcriptome (“bulk”) RNA-Seq data for all C. elegans neurons. To achieve this goal, we are fluorescent markers that can be used to label each of the 118 known types of neurons for isolation by FACS. This approach is designed to catalog neuron specific alternative splicing and to capture noncoding RNAs. Additional ongoing projects include the analysis of the male nervous system to identify sex-specific transcripts and to catalogue neuron-specific developmental regulation of gene expression.

Currently working on the Project…