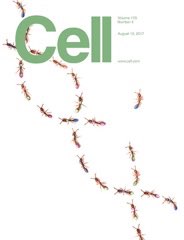 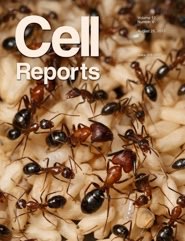 Ants are a globally pervasive family of insects that exhibit highly complex eusocial behavior critical to colony structure, consisting of a strict division of labor between the sterile worker castes and the reproductive caste (queens). They emerged as a clade ~140 million years ago, exhibit massive diversity in species number (~300 genera), and are the majority of the animal biomass in many ecosystems. Their success is largely derived from their eusociality, typically consisting of three components: cooperative care of young;  a strict division of labor between a large, infertile worker caste that maintains the colony and a long-lived reproductive queen; and overlapping generations living together in a shared nest. The division of labor can run from the rudimentary, as often observed in primitive ants such as ponerines , to the complex, as in numerous distinct morphological castes of leaf-cutter ants and encompasses specialized behaviors (e.g. foraging, nest defense, or “burial” of dead nestmates.

In addition to the normal array of general odorants that play important roles in the chemical ecology of any insect, a variety of pheromones dictate ant social status—most importantly cuticular hydrocarbons (CHCs)—and the detection of these and other semiochemicals prominently involves the olfactory system. At the molecular level, chemosensory signal transduction in insect olfactory receptors neurons (ORNs) is mediated in part by a multimeric complex consisting of Orco (a coreceptor subunit) and one (or more) tuning ORs that determine the ligand specificity of the complex. We have identified and characterized the tuning OR families from several species of ants, showing that ants possess some of the largest repertoires of tuning OR identified to date. We are in the process of extending those ongoing studies to identify and characterize the caste and colony specific expression, including epigenetic regulation of differential gene expression, and function of pheromone-sensitive ORs and detection of CHC-based pheromones in the Florida carpenter ant Camponotus floridanus and the jumping ant, Harpegnathos saltator. This system provides several unique advantages as an experimental organism including: a fully sequenced and annotated genome and transcriptome, an expanding repertoire of deorphanized odorant receptors (CfOrs) (i.e. where the cognate odorant has been identified), caste-specific characterization of epigenetic histone modifications, and, finally, epigenetic reprogramming of caste-specific behavior. 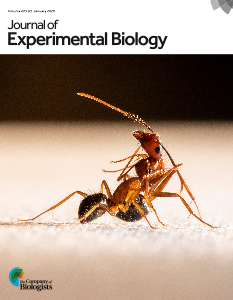 We look forward to learning more of the biology and evolution of these wonderfully interesting eusocial animals.  We are especially excited to have received NIH/NIGMH funding (R01-GM128336: “Molecular Neurogenetics of Olfactory Driven Aggression and Social Hierarchy in a Model Insect System”) to continue this work through 2023!