We are particularly interested in aging, Alzheimer’s disease, and sepsis and the role of the periphery. We are excited to use our technology to understand the molecular basis of racial and ethnic disparities in aging, Alzheimer’s disease, and sepsis. Our health applications require high-throughput analytical methodology and to that end, we specialize in developing novel proteomics approaches involving mass spectrometry that are useful for analyzing complex biological tissues, increasing sample multiplexing capability, and studying oxidative post-translational modifications. We are also working on high-throughput lipidomics methods using mass spectrometry for human bodily fluids.

If you are interested in collaborating with us or learning more about our research please contact us. 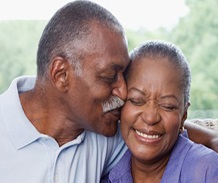 Racial disparities exist in age-related diseases whereby certain populations of people have higher incidences and risk of disease. Older African Americans and Hispanics are 2-3 times more likely to have Alzheimer’s Disease although they are not the majority of the US population. Additionally, the incidence of severe sepsis is disproportionally higher in African Americans compared to non-Hispanic Whites. There are many factors that could contribute to these disparities such as socioeconomic factors, comorbidities, lifestyle choices, genetics, and others. We are interested in using our suite of proteomics technologies to determine if molecular differences can help to explain health disparities in Alzheimer’s disease and sepsis. These are collaborative projects. 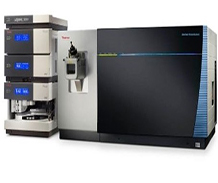 Proteomics refers to the analysis of the complete complement of proteins expressed in a given set of cells, biological fluids (e.g., plasma, urine, saliva), tissues and organs (e.g., brain slices, liver), or whole organisms. Proteins are extracted from these sources and are digested into peptides using enzymes. Because of the complexity of the peptide mixture, multiple dimensions of liquid chromatographic or other separation techniques are used to separate the peptides. The final liquid chromatography separation is coupled to mass spectrometry analysis, where the intact masses of peptides are measured as well as their corresponding gas-phase fragments. Using sophisticated database searching algorithms, the raw data is searched against species-specific databases to give the identification of proteins present in the mixture. 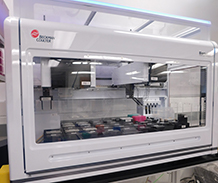 System-wide Biology of Aging and Disease

Alzheimer’s disease is a neurodegenerative disorder that devastates millions of aged persons. By 2050, ~15 million persons will suffer from Alzheimer’s disease. There is currently no way to cure, delay, or prevent this disease. Many advances have been made that give us valuable insight about the role of the central nervous system in Alzheimer’s disease. We believe that bodily systems outside of the central nervous system contribute significantly to aging and disease pathogenesis and in fact could be initiators of Alzheimer’s and other age-related diseases. We are using proteomics and other ‘omics analyses of animal models and human tissues of Alzheimer’s disease subjects to understand system-wide biology of disease (e.g., brain and peripheral organs such as liver, heart, kidney, and plasma). 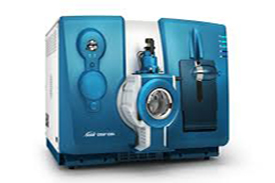 Lipids are important to many biological processes in the aging and especially are critical for Alzheimer’s disease. We are beginning to understand the role of lipid metabolism in Alzheimer’s disease using untargeted and targeted lipidomics workflows. These methods are based on mass spectrometry and can be used to study many different lipid classes simultaneously from biological fluids such as human plasma. Projects in the lab are centered on development of robust workflows to study targeted lipids in disease.

Many of the projects in RASR Laboratories are high collaborative and multidisciplinary. If you are interested in collaborating with us or learning more about our research please contact us.

RASR Laboratory is a part of the larger Vanderbilt Mass Spectrometry community.