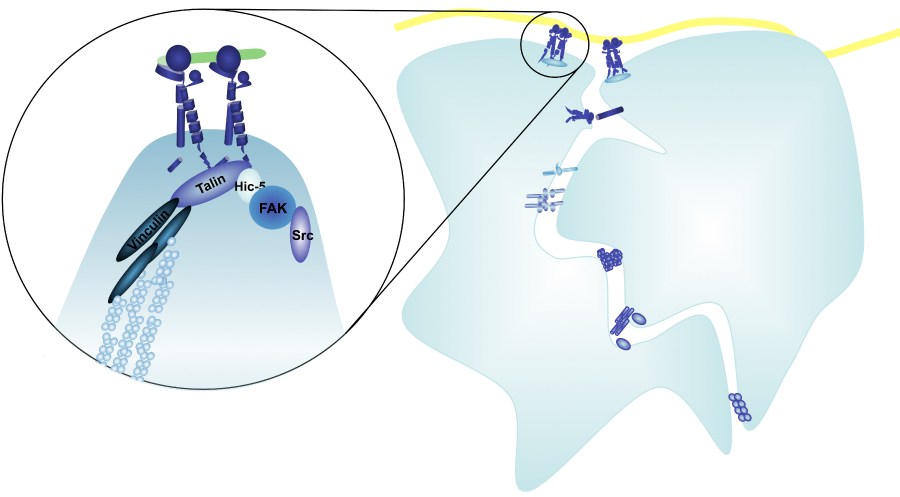 Integrins are transmembrane proteins that mediate interactions between adhesion molecules on adjacent cells and/or the extracellular matrix (ECM). Integrins have diverse roles in several biological processes including cell migration during development and wound healing, cell differentiation, and apoptosis. They exist as heterodimers consisting of alpha and beta subunits. The integrin β3 (CD61)  binds the αIIb subunit in platelets, forming the fibrinogen receptor. In platelets,  αIIbβ3 (GPIIbIIIa) are essential for clot formation and wound healing. In other cells, integrin β3 associates with the αV subunit.  Although integrin αVβ3 has no catalytic activity, integrins can be part of multimolecular signaling complexes known as focal adhesions.

Serotonin (5-hydroxytryptamine, 5-HT) transporters (SERTs) are members of the solute carrier family 6 (SLC6), which are characterized by 12 transmembrane domains with intracellular amino and carboxy termini. SERTs catalyze the transport of 5-HT at the plasma membrane, which is coupled to sodium (Na+) and chloride (Cl-) transport, and also use intracellular potassium (K+) ions. SERTs modulate neuronal 5-HT neurotransmission directly by removing the released 5-HT from the synapse, and indirectly by regulating intracellular levels of 5-HT. SERTs are regulated pharmacologically by substrates (such as amphetamines and MDMA) and ligands (for example selective serotonin reuptake inhibitors and cocaine), which have been shown to influence behavior in vivo. SERT function can be modulated by catalytic activation or inactivation of transport, as well as by trafficking-mediated changes in available transport sites at the plasma membrane. These events depend on the activation of intracellular signaling pathways involving protein phosphatases and kinases and by protein-protein interactions.

The gene encoding for the β3 subunit, ITGB3, has been associated with autism in combination with the serotonin transporter gene (SLC6a4). Integrin αvβ3 modulates the serotonin system in mouse models, and also in human peripheral tissues. 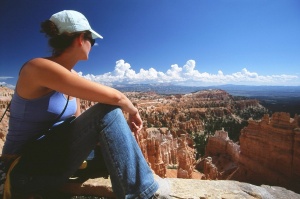 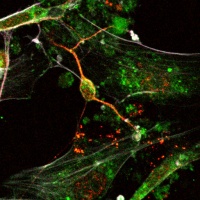 Human platelets spread to form a clot. Here the platelet skeleton is shown here by staining the attached platelets with actin antibodies.