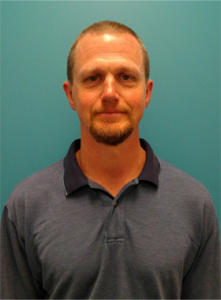 As safety concerns for diabetes targets soared over the last decade, work in metabolic diseases at GSK focused on new technologies and ways of targeting known metabolic pathways from a different perspective. Paul took part in the creation of a discovery team focused on developing luminally restricted compounds for obesity. Drugs which are not absorbed into the bloodstream greatly increase the safety profile of the compounds as the major organs and the majority of tissues are not exposed to the drug substance. Over the course of three years multiple compounds were delivered for each of sixteen different receptors shown to be expressed in the intestinal lumen. Action on these targets has proven to cause weight loss in the clinic with systemically available compounds. The compounds generated by the team retained nanomolar potency against their respective targets while remaining selective, soluble, impermeable and completely stable in the intestinal tract. Upon dosing in obese rodent matrix studies, several combinations of these compounds were shown to normalize body weights (15 to 30% weight loss) while maintaining lean mass.

Paul’s latter efforts with GSK were being involved in the creation of the Flexible Discovery Unit. The unit is comprised of teams of medicinal chemists responsible for joining late stage projects in order to quickly generate backup compounds for clinical candidates. Efforts of the Research Triangle Park based team focused on delivering two backup compounds over the course of one year for the Receptor interacting serine/threonine protein kinase 2 (RIP2K) inhibitor project for the treatment of inflammatory bowel disease. These efforts involved synthesizing macrocyclic versions of existing compounds to circumvent existing IP as well as exploring new HTS hits.

In his graduate studies Paul worked in the labs of George Majetich at the University of Georgia. Efforts focused on the development of chiral epoxidizing agents, the synthesis of the natural products Dioclein and Cinerean, and on synthesizing analogs to modulate the selective herbicidal properties of a natural product isolated from Penicillium corylophilum.